Everything you need to know about the developments on Edward Street 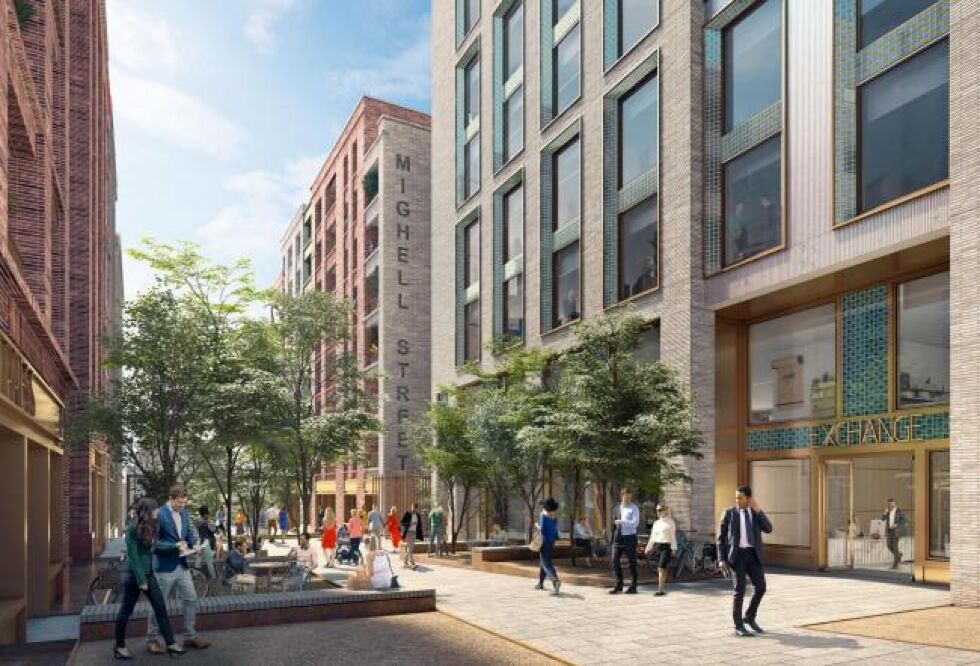 There are big plans for Edward Street.

Amex House - nicknamed The Wedding Cake - was commissioned in 1977 as the European headquarters of American Express. But its appearance has always been divisive. In October 2017, it was finally demolished and plans started formulating for a mixed-use redevelopment of the site.

Well, Brighton’s largest development for 25 years is now underway. But what does this mean for Brighton and its residents? We’ve got the low down here.

Firstly, what does mixed-use development mean?

In terms of planning permissions, it refers to development projects that have a mixture of land uses e.g. business and residential.

When was planning permission granted?

“It will change Edward Street completely,” said Nick Hibberd, executive director for economy, environment and culture at the council.

Who is responsible for the construction work?

McLaren Construction has been appointed as the lead contractor for these developments. This company is owned by the property developer First Base (in partnership with Patron Capital).

How much will the redevelopment cost?

The project is estimated to cost around £120 million.

What will be included in the new Edward Street Quarter?

The state-of-the-art building will include 168 apartments with 75 rented spaces, 39,000 sq ft of retail units and 110,000 sq ft of office space. It will also have world-class cycling facilities for communities, including underground cycle storage facilities, showers and lockers.

Richard Hart, Design Manager of First Base, spoke about how it would benefit commuters:

“Cycle facilities have now become a major consideration when designing new commercial developments. The cycle services to be built at Edward Street Quarter are designed to solve common gripes that prevent people from cycling to work – lack of showers, changing and storage facilities. We’re aiming for our scheme to set a benchmark for premium cycle amenities in Brighton,” he said.

The project design is inspired by Brighton’s history and eclectic street scene. With that in mind, the ‘Angel of Brighton’ artist Cosmo Sarson has been commissioned to create a mural for the building. He beat 37 other artists for the job because of his distinctive style that’s labelled ‘classic with a twist’.

“I’m over the moon to have got the job, especially because I live just a stone’s throw from the site. I love Kemptown’s eclectic vibe and am really looking forward to creating an iconic landmark inspired by the neighbourhood’s fishing heritage,” he said.

Cosmo’s work can be seen in blockbuster films including Dumbo, The Favourite, The Avengers – Age of Ultron, Guardians of the Galaxy and Tomb Raider.

What’s the commercial impact of the restructure?

Creating 2,000 new jobs, the development should give Brighton’s creative and tech industries a well-needed boost.

According to Steve Eccles, project director at First Base, commercial rejuvenation of the area has been a long time coming.

“The growth of the Brighton tech, media and creative sectors has been frustrated by a lack of suitable workspace, so we anticipate strong demand for the commercial element, which will sit within a vibrant new neighbourhood in the city centre,” he said.

How sustainable is the project?

According to First Base, steps are being taken to ensure that the project is as eco-friendly as possible. Plans include installing Brighton’s first moss-covered ‘living wall’. The CityTree acts as a ventilation system and has the same purifying power as 275 real trees.

What’s more, the new offices will have:

— an excellent rating from BREEAM

— an Energy Performance Certificate A rating

— over 80 mature trees planted in outside spaces

Can you register your interest in a new apartment on Edward Street?

Yes. You can register your interest in an apartment here. One, two and three-bedroom apartments are available.

When will the work be finished?

What other developments are happening in Brighton?

Along with Valley Gardens and Black Rock, there are several other development projects in progress. Developments to Circus Street - including new student flats, residential blocks and a dance space - should be finished in March 2021.

There’s also regeneration works happening on London Road to make way for student accommodation and planned developments to Lewes Road. The Plus X building will be a new innovation and wellbeing hub based at Preston barracks. This project should be completed by the end of 2022.