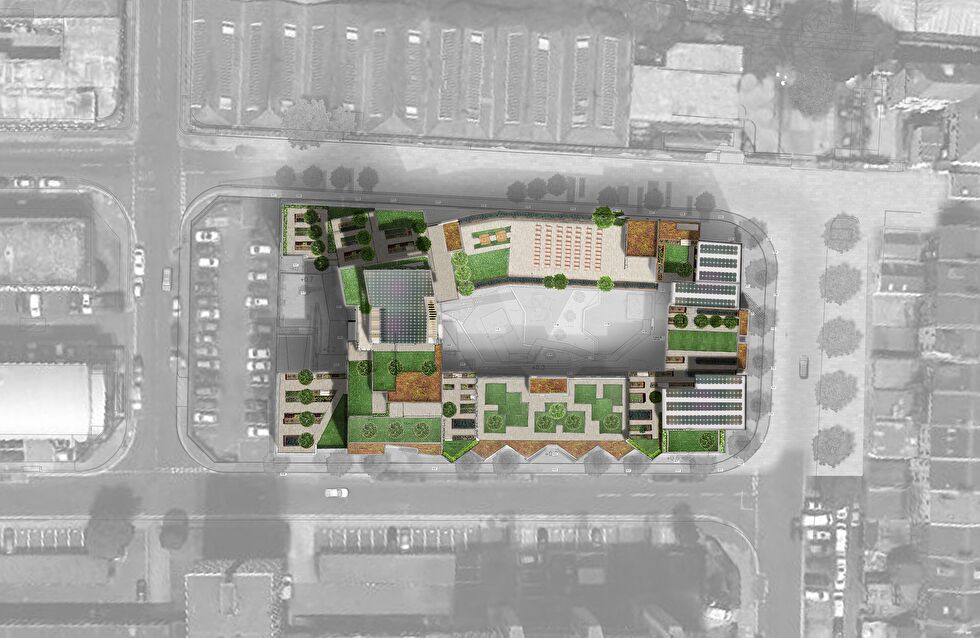 An £80million proposal has been submitted to Brighton and Hove City Council for a new housing and office development by Hove Station.

The developer, Matsim Properties plans to build a 16-story mixed-use tower consisting of 188 flats, 21,000 sq ft of grade A office space, 2,500 sq ft of shops or business units, as well as an underground car park.

The new Hove Gardens development would mean the demolition of three commercial units in Ellen Street and is hoped to rejuvenate “an ugly and pedestrian-unfriendly area” of Hove and transform into a modern hub for business and living spaces which are much need throughout the city.

The proposals were first unveiled in November and since the public consultation, an extra 10 homes have been added to the initial application.

This is not the first time that Matsim Properties have proposed a development in this area. They originally submitted a Hove Square development in 2012, which included plans for a nine-screen cinema, offices, supermarket and 380 homes.

Simon Lambor, director of Matsim said, “we are hoping this will be the first development which will kick start the regeneration of the area.”

Brighton and Hove City Council are expected to make a decision on the plans by the end of October.