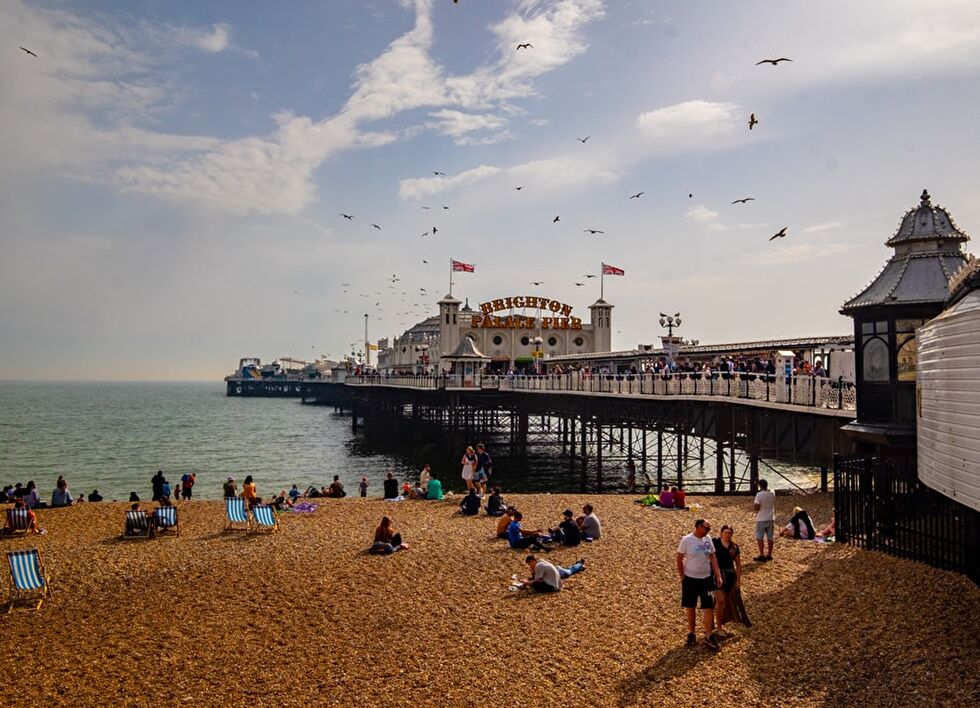 Brighton and Hove is filled with (ex)Londoners. While two thirds of property sales in the city are to locals, the majority of the remainder is to Londoners looking to get out of the capital. Most are young professionals in their 30s looking for a change, whilst keeping their job in London – the commutability between the two cities making it a viable candidate.

The speed of the Brighton to Victoria train route is just one reason Brighton and Hove topped one “top places to live” survey, but there's a lot more to it than that. Why else do Londoners love this city so much?

That means if you sell a two bed flat in Zone 2, you could buy a four bed house in Hove.

The Brighton to Victoria line is what makes commuting possible. Coming in at under an hour, many Londoners are surprised to discover they can make it to work as quickly as if they lived on the other side of the capital.

Even more delightful is that most places in Brighton and Hove are within walking distance.

City by the sea

The main reason Londoners are so reticent to leave is the perceived lack of culture elsewhere, but that is not something Brighton and Hove suffers from. It's a more compact city, but we pack just as much in – arguably more. Brighton Festival is the largest arts festival in England, and our preponderance of local, independent businesses makes Camden look like a small town shopping centre.

Shoreditch, but not Shoreditch

In fact, beyond the oft-cited 'London by the sea' tag, Brighton and Hove has acquired something of a reputation as Shoreditch-not-Shoreditch. The prevalence of digital businesses helps, but it's really the relaxed, bohemian atmosphere – with a similar fondness for artisanal coffee and craft beer – that does it. But perhaps a little less pretentious.

The coast and the country in one

We haven't even mentioned the beach yet. Londoners love a good beach. And when they arrive, they quickly discover the South Downs are just a short bus ride away. Those weekend breaks away from the city that used to take weeks to plan are now a bus ticket and half an hour to the hills, or a stroll down the slope to the sea.

No wonder so many Londoners sell up and move down here.